We’ll take a look at Ubuntu Unity 22.10, which becomes the official flavor of Ubuntu as of this release.

This means you receive the usual security and package updates as per the Ubuntu release schedule.

Ubuntu Unity 22.10 is based on the Linux 5.19 kernel and core modules are based on Ubuntu 22.10. The desktop version is Unity 7, the current stable version.

However, its successor UnityX is still in development for over a year now, so hopefully you’ll get a more advanced Unity desktop in the future.

At first glance, you should notice a purple Ubuntu Unity with a Kinetic Kudu mascot. The left panel is static and contains only the main elements (LibreOffice and settings). The global search shortcut is at the top of the sidebar. The top panel contains the power menu, network, calendar and time widgets. The “Cart” label is located at the bottom of the left panel.

The default theme is dark Yaru with a purple color combination. Which I don’t think looks good with orange borders in some controls (textbox etc.). Also, Yaru and Yaru dark are strictly light and dark themes. This means that you cannot have a combination of a light theme with a dark title bar.

However, the team also includes the good old Ambiance and Radiance themes, which you can easily apply with the Unity Tweak Tool (installation required) – it will give you a good old Ubuntu feel. 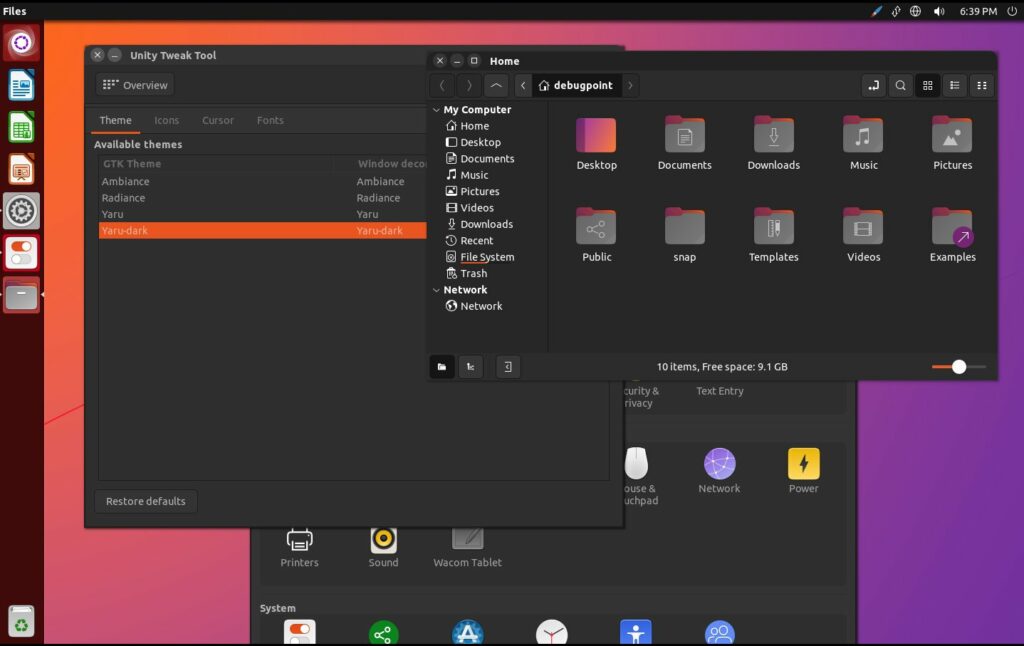 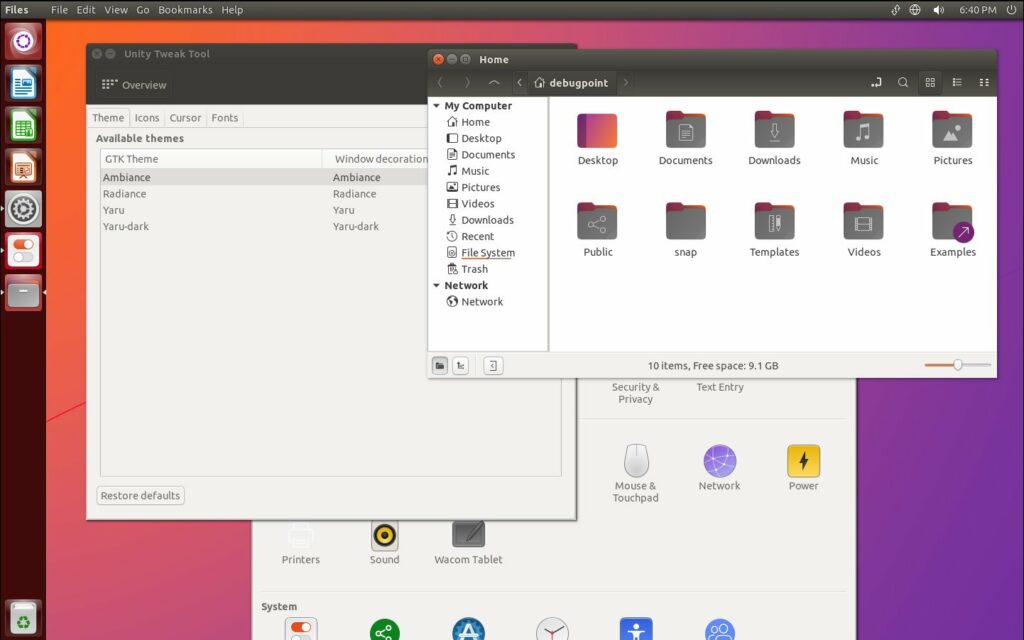 The main attraction of Unity are two important elements. Global search via HUD and global menu on the top bar. You get both of them in this release. This is the perfect desktop for those who want clean application windows and more screen real estate. 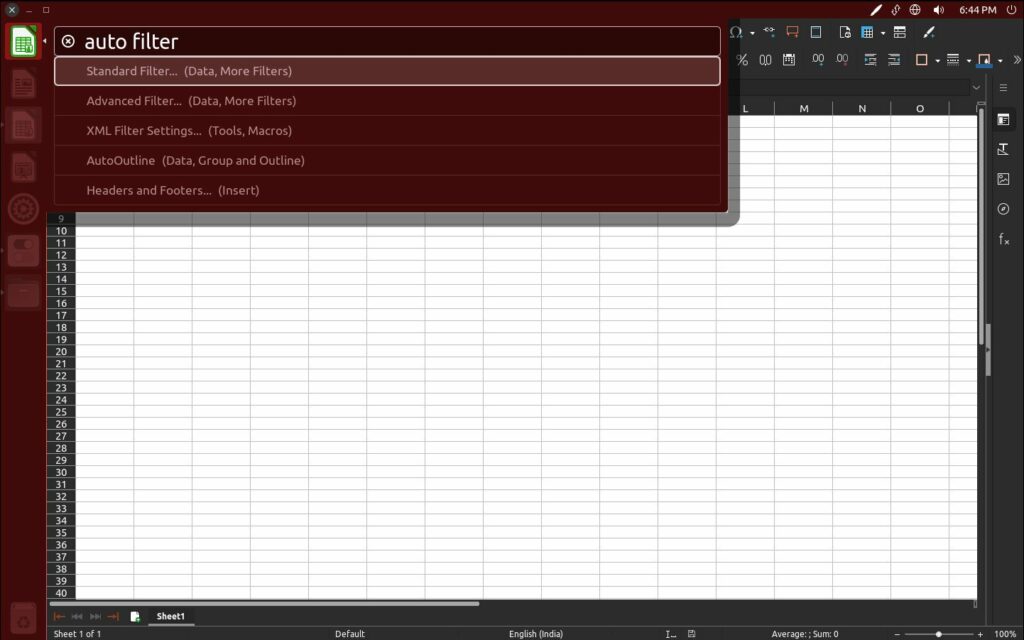 Additionally, the new feature adds a setting to the top bar where you can switch themes without running the Unity Tweak tool. However, for some strange reason, this setting is only visible for the Yaru theme.

If you are new to Ubuntu Unity, you should be aware that this distribution does not come with native applications. It delivers the basic applications that most users need.

However, there are changes in version 22.10. Previously (when it was unofficial) Ubuntu Unity shipped some GNOME applications by default. After implementing libadwaita and moving to GTK4, the team replaced most of them with native MATE applications. For example, MATE’s Pluma text editor is now part of Unity.

In addition, the Firefox Snap and Thunderbird email clients, as well as the LibreOffice package, are added by default.

Thanks to the above applications, the ISO size is less than 3GB and the performance is much higher.

In general, the performance of Ubuntu Unity 22.10 is good. Both in standby mode and in a state of high load. There are no fancy animations, except for those places where they are needed. Finding the HUD is fast and you can launch apps right away.

In addition, window operations such as minimizing, maximizing, and dragging are instantaneous. There is no lag. In standby mode, it uses 1 GB of memory. In a high workload state, it increases to 2.2 GB depending on how many applications you use.

Ubuntu Unity is truly superior to vanilla Ubuntu. It runs faster than vanilla GNOME with Ubuntu. In the coming days, it may become one of the contenders for lightweight Linux distributions.

However, the default installation takes up 12 GB of disk space, which I think is a bit more than other distributions in the same category.

Ubuntu Unity 22.10, being official, is a promising start for the more mature Unity desktop. From a development point of view, there is a huge amount of work to be done to move to UnityX (next version 7). Also, it only supports X.Org at the moment and does not support Wayland. Wayland could be a roadblock for some users if they accept it as a daily driver for performance-focused workloads.

That being said, Ubuntu Unity 22.10 is perfect for the average user for day-to-day work and perfect for small display form factors. If you like Unity design, HUD search, global menu and left action buttons then this is for you.

previous10 unknown but very useful applications for Mac. Much more comfortable with them.
next7 quick and easy catrina aesthetic makeup ideas